About a month ago, I was lucky to meet Christian Tschida at a wine and food pairing event. The guests, (mostly) fellow winemakers, treated him like a celebrity of sorts, and yet I knew nothing about the red carpet he is deserving of.

Of course I had heard of Christian Tschida wines, they’re a staple of Austrian natural wines, and famous for their constant feature in Noma’s wine list. But as a natural wine novice, I did not know he was the man who makes it. Curious, and less reserved than normally (mostly thanks to the beautiful wines we’d been having), I asked him for an interview.

In between glasses of water that cleansed the excess alcohol still in our bodies from the previous night, Christian introduced me to his wineful universe. He is the fourth generation to make wine from his family’s ten-hectare vineyards. But despite him growing up around the grapevines, the ex-graphic-designer has only been serious about winemaking for about twelve years. He is working together with his father to produce some of the best Austrian natural wine out there.

His approach to organic winemaking goes beyond conventions and certifications. And his quest for ultimate purity is his biggest provocation.

On perfect food and wine pairing

His culinary trips to Scandinavia and Japan motivated Christian to start aiming for the next level with his wine. He wanted to produce wine that brings out the ingredient (the grape) in the purest of ways. ‘It makes no sense if the chef is cooking honest food with quality products, and then comes the wine, and it’s not as pure. It needs to be on the same level as the food, and vice-versa. It doesn’t make sense to have the nicest bottle of wine if you drink it at McDonald’s. You’ll just destroy it.’

For Christian, it is essential to understand where the wine is going and experience that, to improve. These trips made him rethink the different kinds of ripeness of the grapes, or how to get a lower alcohol concentration for a higher purity of aroma.

Discovering the roots of wine in Georgia

Travel stories always seem to be a big part of Christian’s journey as a winemaker. His trip to Georgia taught him that cultural heritage is important, when he was close to bringing qvevri to Austria. ‘Why bring something that belongs to them? The qvevri fits with their local grapes and their soil. Everything would be different [with my wines] if I used qvevri. My big Austrian barrels are my qvevri.’

But one thing stuck with him, and that is John Wurdeman’s philosophy at Pheasant’s Tears. ‘If you’re proud of what you’ve got and believe in, show it. It’s not enough to stay inside your home. You have to bring it to the world’. And this is something that Christian is working on. Despite his wines not being produced en-masse, he wishes to make them available to those who wish to have a glass. This is why you can now have a taste of Christian Tschida wines in most good natural wine bars around the world.

How his wine reached some of the world’s best restaurants

I asked Christian what his proudest moment was, hoping that I would get to hear how his wines ended up on top restaurants’ menus. ‘The real challenge started when restaurants like Noma, Konstantin Filippou, or Eleven Madison Park discovered our wines. Then, they were on their list, and they paired with amazing food. This was next level’, says Christian, confirming my assumption.

The top Austrian winemaker is not one to attend wine fairs, just like he isn’t one to be present on social media. As a matter of fact, he deserted his stall at one of the fairs he agreed to go to. Instead, he left a couple of bottles open and a stack of business cards. The next day, he received a couple of calls from restaurant scouts who liked what they tasted. And that’s how his fantastic natural wines reached some of the best restaurants in the world.

The vineyard and the wine

Christian has a Laissez-Faire approach to wine making (unsurprising that one of his wines carries that same name). He thinks that less is more, and that wines should be made with as little intervention as possible. The nourishment of the soil is of utmost importance, and Christian Tschida is specialised in compost production.

He believes winemaking should be biodynamic in a way that works for the winemaker. That means, it should be something personal, not a checklist that all must tick off. ‘You need to find out what works for you, not follow the same rules that everyone in the world follows. You always hear about people who fall into the river because they follow the navigation system. It’s the same with vinification methods and the vineyard treatments. It is important that the vineyard is healthy and free of poison. After that, whatever you do, is a matter of taste.’

Even harvest is a challenge of minimising intervention. And, unlike other wine producers, Christian Tschida does not bring volunteers to help him in the process. Instead, he is very careful in choosing the right people who can help him and his father be quick with the process. Otherwise, some of the grape juice is lost and fermentation starts prematurely. And, the latter can destroy the purity that Christian is after.

The search for perfection

Christian believes that understanding the grape is key to making good wine. His trained palate can distinguish sweetness and acidity in grapes without measuring it with any tool. He’s got his father to thank for teaching him this skill as a child.

Christian Tschida wines are fermented and produced without additives and his white wines are always fermented with skin contact (‘a lot of it’, says Christian while going through the finished article together). Christian’s current goal is make reds with as much freshness as his whites. Every year, in his quest to take the next step towards the Holy Grail of wine, he keeps 10% of his grape juice production for experiments.

In the hour and a bit we spent at lunch, Christian shared his palpable passion for winemaking. At times we got interrupted by the restaurant owners, chefs or guests who came to greet him. When I joked about how famous he is, he left me with the following wise words: ‘it’s nice to be important, but it’s more important to be nice’. 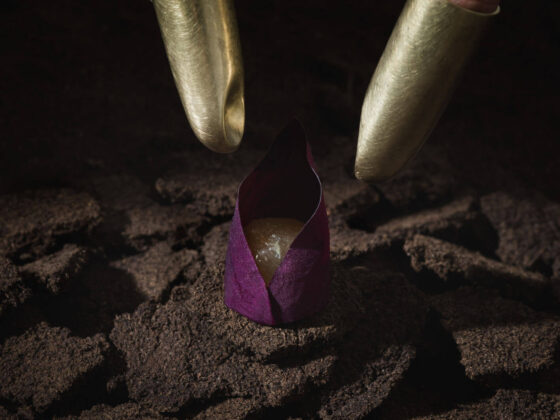 Steinbeisser Experimental Gastronomy: when food, art and sustainability meet with elegance and playfulness 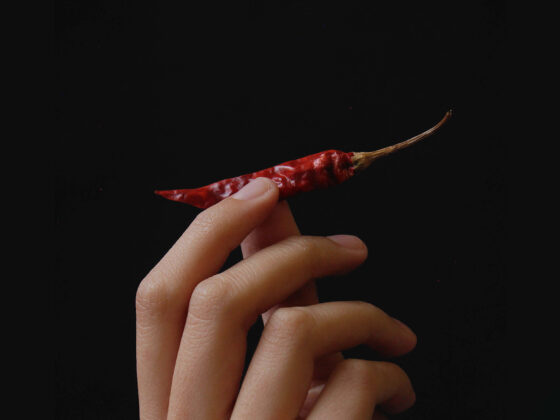 The science and history of chilli peppers: an introduction for amateur chilli heads