These easy bulgur stuffed peppers are perfect for that vegetarian meal you’ve been craving (or rather needing). They’re simple to make, refreshing and very flavoursome, with hints of pomegranate molasses and middle eastern spices.

I come from Romania, and while Romanian food is very tasty, it is neither very diverse nor very healthy. Traditional Romanian food tends to be quite fatty and heavy, mostly meat based, and seasoned with just a handful of herbs and spices. By no means am I trying to criticise it, I love Romanian food! Through my blog I wish to promote it more, and experiment with healthier versions of the most popular Romanian dishes.

I come from a family where cooking has been considered a duty rather than a passion. Because my parents were busy with work, it was often my grandmas who were cooking for us. They haven’t travelled much and have spent most of their life in communist Romania, with borders closed to the west. They’ve lived simple lives, ate and cooked simple food. I was always quite picky with food (even though now I am open to try *almost* anything), and didn’t like most of the traditional dishes my grandmas were cooking. (Can you guess what I’m doing at the moment? I’m asking my grandmas to write down all those recipes that I did not like back then. I guess wisdom and taste come with time.) 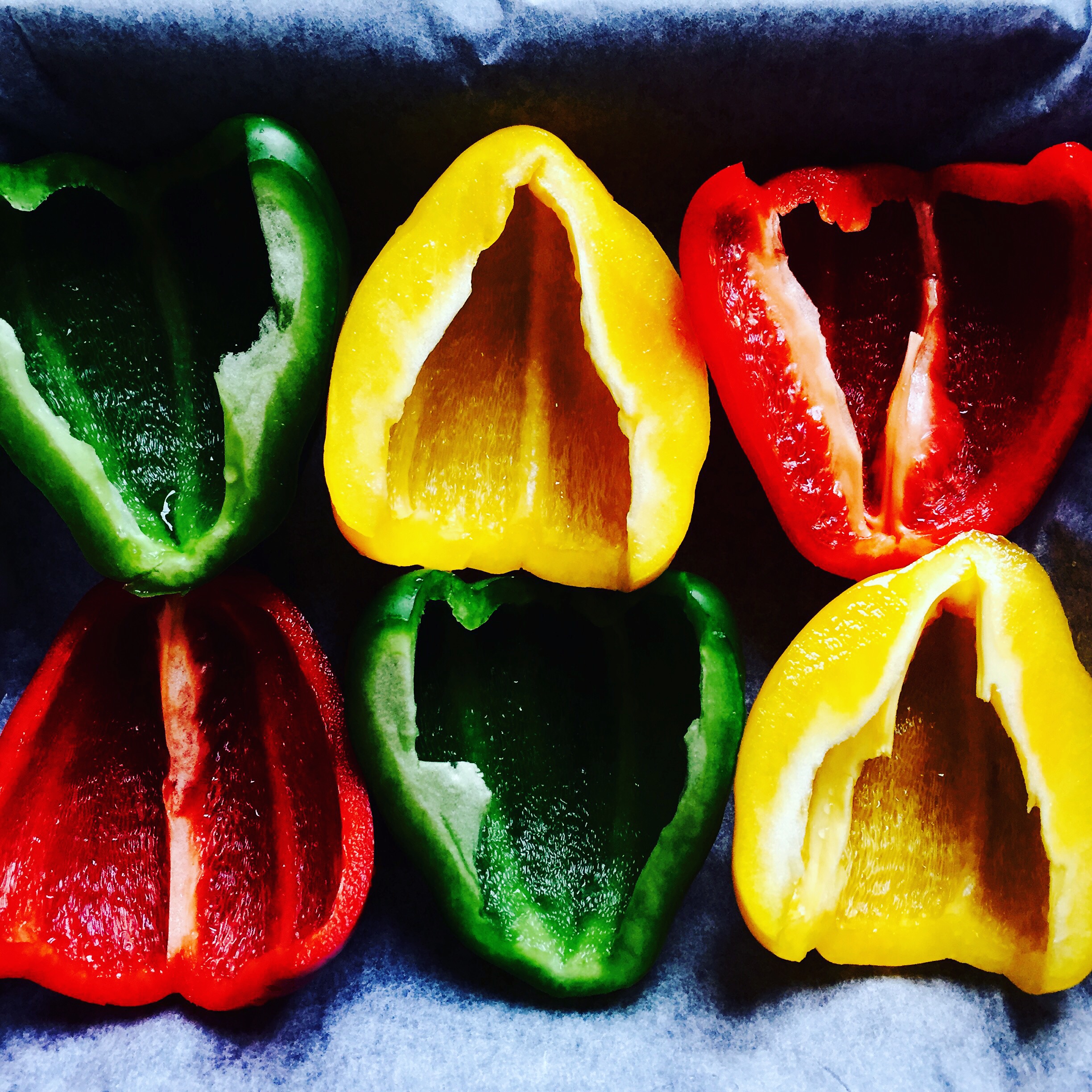 The haunting peppers of my childhood

I wasn’t the only picky one in the family. I also have a brother who’s 10 years younger than me, so just imagine the hassle my family had to go through when making cooking plans? As a matter of fact, my brother wasn’t eating many things at all, but there was one thing that he could have – always: stuffed peppers. In Romania we stuff the uncooked peppers with an uncooked (or just slightly cooked) mix with rice, meat and onions and boil that until all the windows of the house are steamy. Stuffed peppers are comfort food, and usually they’re cooked in large quantities, enough to suffice for the next couple of days as well. Looking back, I think I consumed so many stuffed peppers that up until today, I am still avoiding them.

A twist with some pomegranate molasses

I’ve made stuffed peppers twice, and that’s because my boyfriend really likes them. However, since we’ve been trying to eat less meat and I have developed a blooming mania for mediterranean-middle-eastern food, it was time I readapted my grandma’s recipe. I am sure I’ve come across bulgur stuffed peppers in menus in Turkish restaurants (and not only) before, so I decided to make some myself, but not get inspiration from any other recipe out there. Not only did they look great, but they tasted divine! 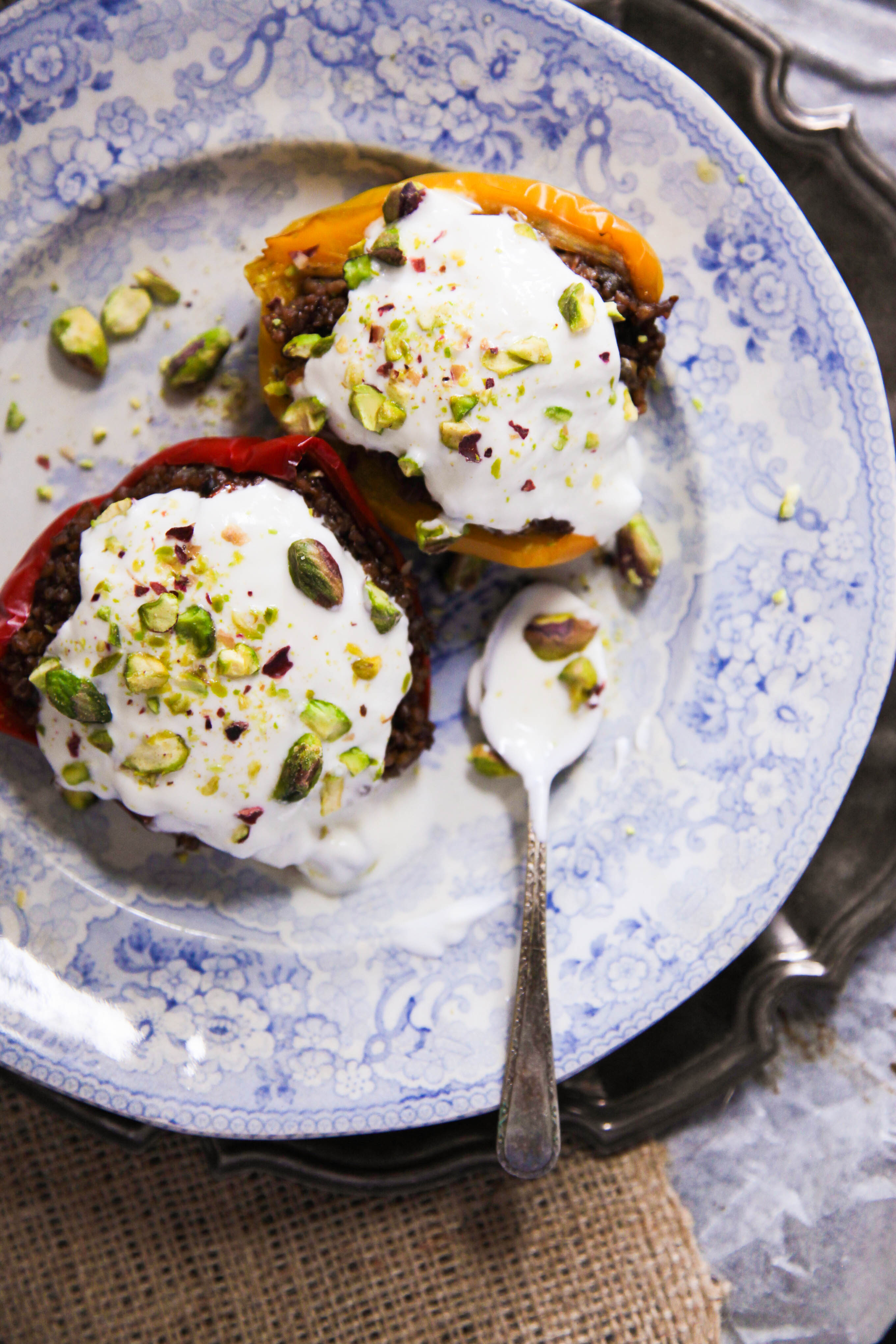 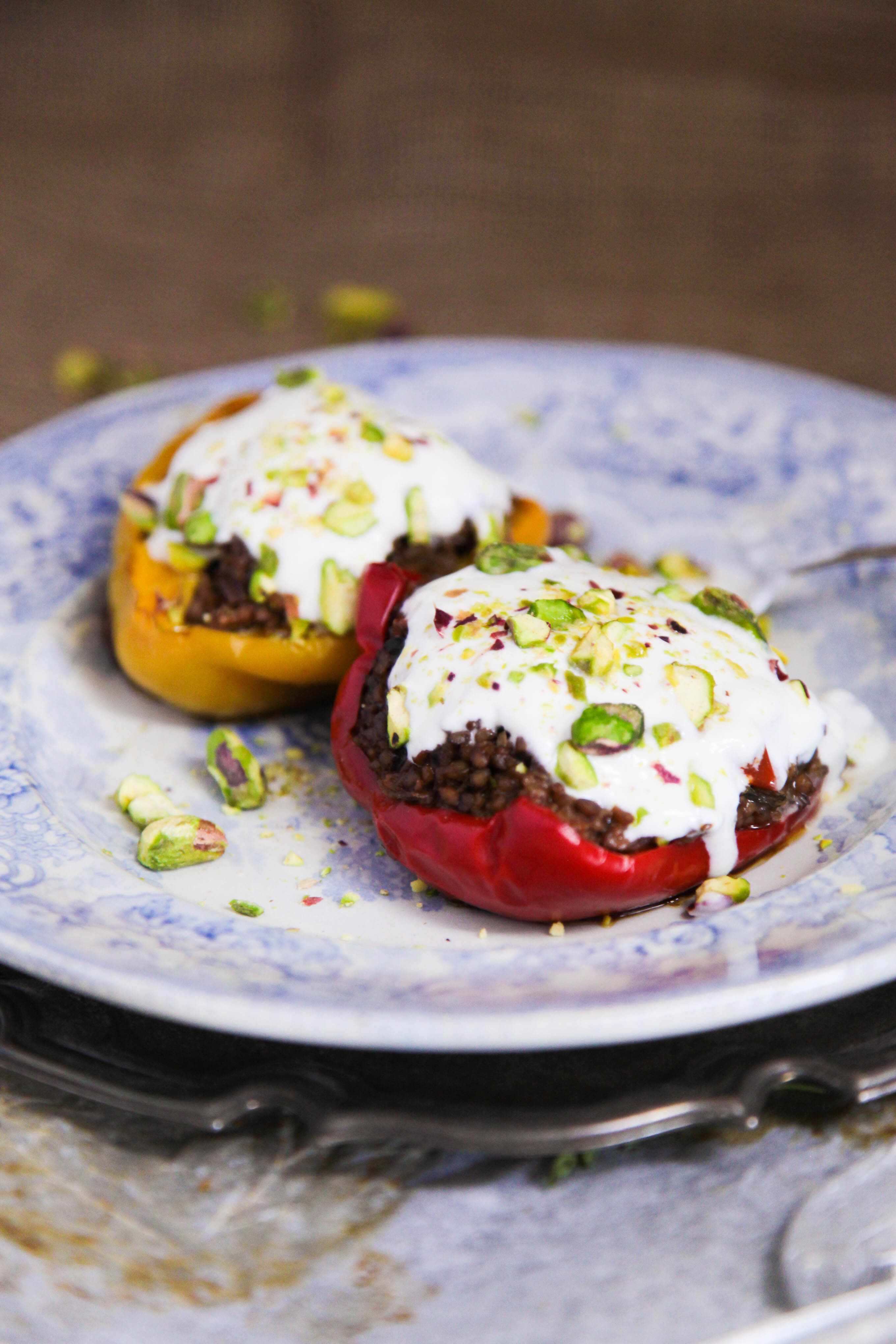 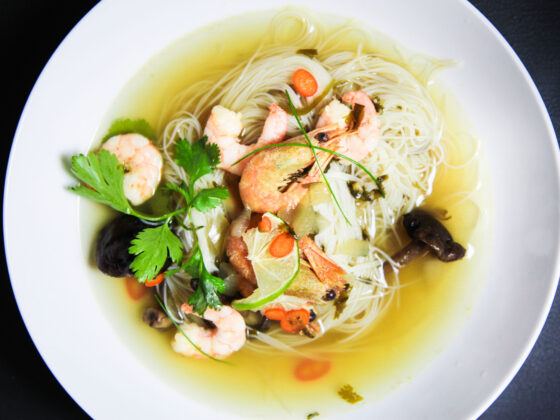 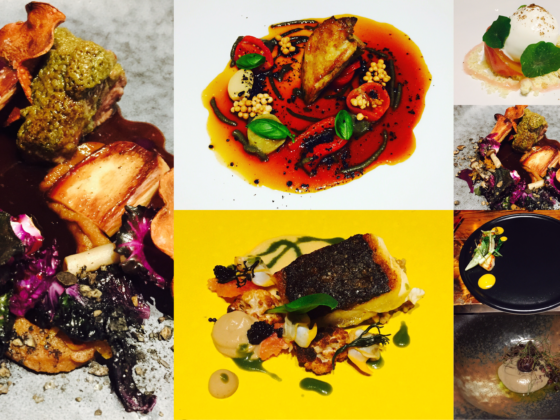