If you love bubbles as much as I do, you may want to learn about this ancient yet overly trendy drink: pet nat. Here’s how pet nat is made, why you should drink it and what food to pair it with.

How pet nat is made

First of all, you are probably wondering what’s with the name. Pet nat comes from the French pétillant naturel (naturally sparkling) and yes, you got it right: it is a sparkling wine that is fermented naturally, without the addition of yeast (or sugar).

This production method is called méthode ancestrale and as the name suggests, it has been used to make sparkling wine for centuries.

10 pet nat facts you should know

1. Uniqueness in every bottle

Because the production method of pet nat is not as controlled as the méthode traditionnelle or the tank method, the ancient method sparkling wine tends to be unpredictable and different from one bottle to the next. This provides pet nat drinkers with a great deal of surprise!

Pet nat is natural wine, and its producers tend to have a general focus on natural or biodynamic wines. This means that you will be drinking a sparkling wine made from pesticide-free grapes, with GMO-free natural yeasts and naturally occurring sulphites.

The méthode ancestrale, used in the pet nat making process is the oldest method of sparkling wine making, and it dates back to the 1550s.

Generally, pet nat contains around 10% alcohol, which is lower than most sparkling wines. This is caused by the lack of added sugars, which often lead to a higher alcohol concentration.

While méthode traditionnelle sparkling wines have a similar pressure inside the bottle to the tires of a bus, pet nat’s is a little lower (2-4 atmospheres compared to about 5 for traditional sparkling wines), has larger bubbles and less foam.

Since pet nat does not go through any filtering process, it is also suitable for vegans. This means that no egg whites or fish bladders are used in the winemaking process, as they would in some filtered wines.

The lack of filtering leads to a cloudy characteristic due to the sediment that remains in the bottle. You can avoid it by letting the bottle chill for half an hour standing up. But remember, a lot of winemakers would tell you that sediment is the secret to a great natural wine.

Finally, don’t be surprised if you won’t find many pet nat bottles with a usual sparkling wine cork. Most of them are closed using a crown cap, just like beer. Méthode traditionnelle sparkling wines are also bottled with a crown cap before being disgorged by freezing the neck, to remove sediments, then closed with a sparkling wine cork. Since pet nat does not undergo this process, a lot of producers decide to skip this step. This makes pet nat less pretentious and more artisanal.

Fruity, tart and mildly funky notes (reminiscent of cider) are quite often characteristics of pet nat, particularly due to the natural fermentation and lack of intervention in the winemaking process. This makes the sparkling wine light and easy to drink at any occasion!

Pet nat can be produced from any type of grape and most commonly comes in white and rosé, just like most other sparkling wines.

How to pair pet nat with food

If you wish to follow the ancestral, season-dictated method, then you should have pet nat in spring, after it has gone through the second fermentation. Therefore, you should pair it with beautiful, fresh and colourful spring ingredients. However, if the craving for pet nat kicks in during the other seasons, that’s ok and you’re lucky. Pet nat beautifully accompanies most food. It particularly pairs well with light and fried food (vegetables, salads and white meat), but can also go splendidly with oysters and other seafood and even Mexican food (particularly tacos). Of course, like with any wine, the perfect pairing will differ from one bottle to the next and from one producer to the next, so I would recommend asking the sommelier or producer for pairing recommendations.

The past is the future

Pet nat’s growing market demand and trendiness has created exciting new opportunities for winemakers, sommeliers and restaurant owners. We, consumers, can only get ready to find pet nat more easily and frequently in shops and restaurant menus (and make our Christmas order too).

If you’re looking to find out what other trends 2019 is about to bring, also check out this article. 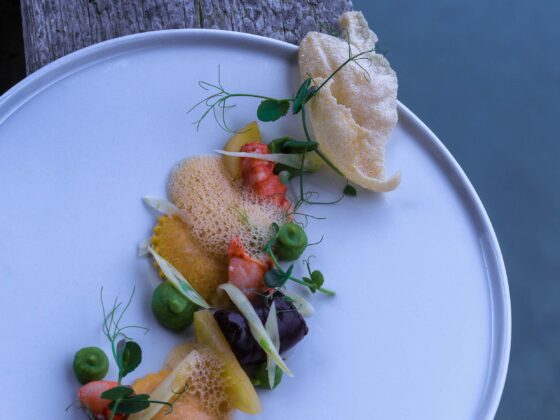 Labstelle: a Viennese Oasis of Fine Food and Sustainability