Listen to a recording of the article or read on.

I met Igor shortly after coming back to Vienna last summer. My newly found friends from the natural wine club I had just founded added him to our Whatsapp group. We exchanged a couple of messages before meeting in person. A picnic by the Danube followed.

In my general fine dining frenzy, I didn’t quite understand his approach to food, at first. How can a chef who trained at L’Effervescence, INUA and the Basque Culinary Centre be so in love with comfort food? And why would anyone bring a tomato, some cheese and a few mushrooms to a picnic? What would one do with those? I have to admit though, that tomato came straight from tomato heaven. It was perfect, ripe, juicy. He had bought it that same morning from a farmer at Karmelitermarkt, and as he told us the story, I could sense his deep passion for good produce. He sliced it with his chefs knife, juices dripping over his tattooed arms, grated some of the cheese onto each slice, using his microplane, then topped it with a couple of thin slices of mushroom. I was fascinated. How could something so simple taste so good?

For a while, our friendship developed through many glasses of natural wine at Vinifero. Then, he opened Noble Savage and Friday night tastings at the wine shop turned into busy nights in the tiny but cozy kitchen of his restaurant.

Igor isn’t the typical chef. He doesn’t even like to call himself a chef. He disagrees when someone compliments him about his passion for cooking. He will tell you that he was born to cook, and that is not a passion nor a calling, but who he is. He doesn’t believe in labels of any kind, be it fine dining, farm to table, or a specific type of cuisine. For him, cooking is all about making great produce stand out, by transforming it with minimal intervention. To Igor, great food is one that evokes emotions, be it nostalgia or discovery.

He was born in Russia but moved to Austria in his teenage years. He was always drawn cooking and fondly talks about his first batch of oatmeal cookies that he made when he was just six. He studied economics and then translation, worked as an interpreter and then fell in love with Japan. He opened Karma Ramen in Vienna in 2015, and as his aspirations grew bigger, he felt the urge to move on.

Noble Savage: a feast for the heart

Noble Savage was born when Reisinger’s – the previous restaurant in the same location – closed down, as the owners embraced retirement. In fact, Igor had been a regular there for many years.

The small restaurant can host up to twenty-five people and its open kitchen is the perfect gateway to Igor’s universe. The atmosphere is homey and welcoming: the right place for a delicious and heartwarming meal, paired with attentively selected wines.

Since it opened, the menu changed from à la carte to an eight-course tasting experience. This allows guests to explore Igor’s cooking philosophy in a holistic way.

Since Igor doesn’t like labels, his restaurant doesn’t fit into one, either. Few achieve to make that work. He excels. Seasonality and quality sit at the core of the dishes he prepares. During my many visits, I had the chance to try beef tongue tonnato, vichyssoise, veal testicles in a kimchi yogurt sauce, tuna steak, asian dumplings, old milk cow fillet, and even chicken roast – among many others. But his classically French pithivier and his mouth-watering beef tartare with gochujang and caviar have already become Noble Savage staples.

Igor cooks outstanding dishes with whatever the freshest produce his suppliers have available. He feels it is his responsibility to celebrate their effort. Every Saturday morning, he religiously visits the market in search of new and exciting ingredients. As the restaurant evolved, so have the dishes. But one thing is evident: his dedication to feed his guests delicious, healthy food is palpable the moment you step inside Noble Savage.

In the kitchen, Igor is calm and composed – something he valued and learned during his internship at L’Effervescence. He always greets his guests, and often joins them throughout or at the end of the meal, whether it is to explain a dish or to ask them about the dinner. He values interpersonal connections and is never afraid to pick up the phone and invite his previous guests into what he considers his home.

To keep the dining experience dynamic and feed his constant thirst for knowledge and experimentation, Igor often invites others into his kitchen, too. In January, we both hosted a Scottish Burns Night dinner. In February, Dimitriy Krivoshap from Ikigai in Kiev joined Igor for an impressive nine-course tasting menu inspired by Kaiseki cuisine. And right before the pandemic hit Europe, Nancy Singleton Hachisu (the author of some of the most famous Japanese cookbooks published internationally) was due to come for another exciting collaboration dinner. This week, Meinklang Farm will join Igor in a farm-to-table and biodynamic wine feast.

The recent period hasn’t been easy on anyone in the food industry. The series of remarkable reviews Noble Savage had received from prestigious publications earlier this year, got buried in a plethora of coronavirus news. Igor was forced to close Noble Savage for two months, at a time when the restaurant was flourishing. He was lucky to get on a flight to Seoul, where he spent his time searching for inspiration. He returned with new stories, new ingredients, new techniques, and even more enthusiasm to cook great food than before.

To make up for the lockdown period, Noble Savage now also hosts a series of casual burger brunches every Saturday, for the whole month of June.

Book your table, whether you are looking for an outstanding tasting menu or a stunning, juicy burger. You can do so on their website, or by calling +4366499498389. Delve into Igor’s wonderful universe of food cooked from the heart – I am confident you will be in awe, just like I am, every time I visit Noble Savage.

Food in the time of Corona: The Rise of the New-Normal Cuisine 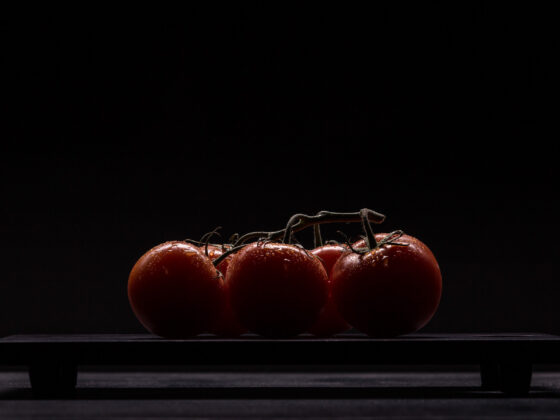 Take the tomato – what is local and traditional food after all?